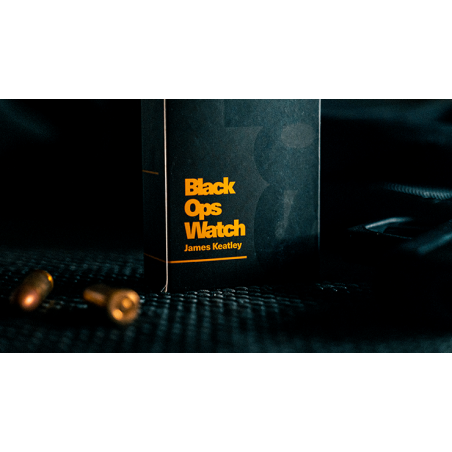 Black Ops Watch allows you do a sleeveless vanish of a coin with almost no sleight-of-hand. Before they even know the coin has vanished - it's hidden in stealth mode...INSIDE your watch.

Black Ops allows you to do a sleeveless vanish of a coin with almost no sleight of hand.

The gimmick is custom-engineered to decoy as a generic smartwatch. It comes in under the radar and retrieves the coin - RIGHT UNDER THE SPECTATOR'S NOSE.

Before they even know the coin has vanished - it's hidden, in stealth mode, inside your watch.

Black Ops Watch is as smooth as it is silent. It's there when you need it - and is hidden in plain sight for when you don't.

Inside each box, you will get:

"This is going to become an everyday carry for me."
- Eric Jones

Is this the 'Angle-Z' of coin magic?
Angle-Z is unquestionable in card magic. The cleanest, no-sleeves, truly empty-handed vanish of a torn corner.

But coin magic has been lacking an equivalent, super clean, teleportation effect... Until now.

With Black Ops Watch and your imagination, you can make that coin vanish so freely, so cleanly that the only hard bit is deciding where you're going to make it appear again.

Black Ops Watch has been floating around industry insiders for years and they've all got excited about the potential of a vanish this easy - and this clean.

The gimmick is the watch - but people NEVER suspect it.

As you can see from the trailer, when performing without sleeves, the only place their mind suspects the coin could go is "under the watch".

But Ryan, time and time again just took his watch off and handed it to them to hold. Our behinds were clenched each and every time. We thought we'd get caught...BUT WE NEVER DID.

Why? Because it looks like a normal smartwatch, so spectators suspect nothing.

They can only guess at one other potential solution. "It must be real magic."

One guy was literally fooled off his feet. He fell to the floor... It's in the trailer. None of those guys are actors. You can't pay for those kinds of reactions.

Later that night we all sat down for a drink at the bar and contemplated the true power of this gimmick. We didn't really realize it until we took it to the streets.

"It could be the Angle-Z of coin magic" someone said.

Everyone nodded in agreement.

Get your Black Ops Watch TODAY.

Special thanks to Jeorgie Brett who independently came up with the same method in a mechanical watch design and submitted it for release at Ellusionist also. Great minds think alike. 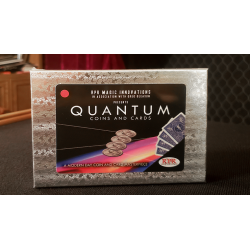 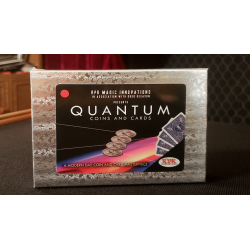 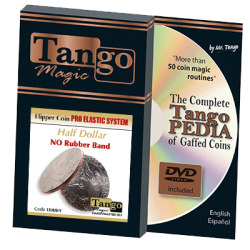 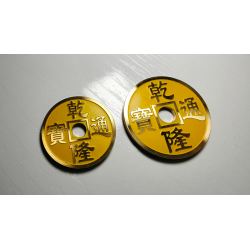 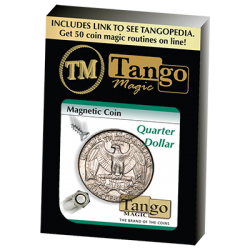 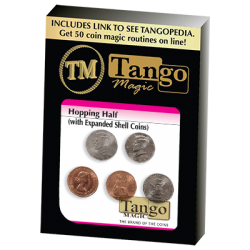 Hopping Half with Expanded... 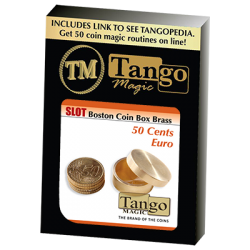 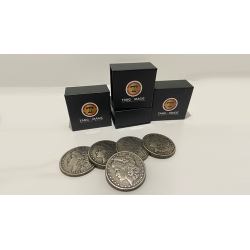