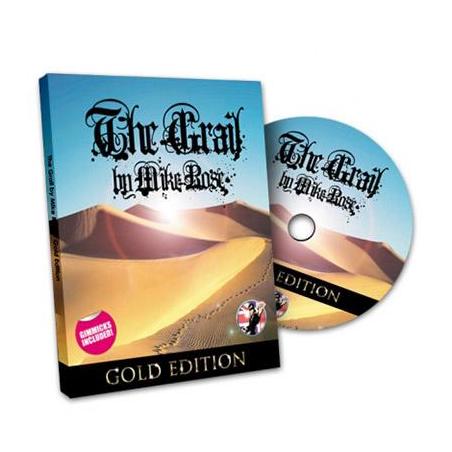 THE GRAIL GOLD EDITION - WHAT IS IT?THE DEFINITIVE WORK ON MIKE ROSES'S CLASSIC A number of years ago, a thoroughly likeable fellow by the name of MIKE ROSE blew everyone with the BEST card at any number ever seen. THE GRAIL has COMPLETELY FOOLED man

THE GRAIL GOLD EDITION - WHAT IS IT?
THE DEFINITIVE WORK ON MIKE ROSES'S CLASSIC

A number of years ago, a thoroughly likeable fellow by the name of MIKE ROSE blew everyone with the BEST card at any number ever seen.

THE GRAIL has COMPLETELY FOOLED many of the BEST minds in magic - even those that you think were practically impossible to fool these days! It has been a consistently TOP seller for many years since then and now it returns...recharged, reloaded and refined to be BETTER than ever before!

But why mess with something that was already so great I hear you ask! Well fear not, the original routine still remains in its brilliant entirety as it is a superb bit of creative and highly-subtle thinking. However IN ADDITION to this, Peter Nardi finally tips the versions of THE GRAIL that he has been using in recent years to fry magicians and lay people even more so! If you are familiar with the effect, imagine now HANDING OUT a small envelope containing a prediction PRIOR TO THE NUMBER BEING NAMED! And ending WITHOUT ever having to touch the prediction again!

Or...are you thinking that a change from your current TOSSED OUT DECK opener may be in order - well then THE GRAIL OPENER is destined to become a new classic for not only opening your show, but bringing up a member of the audience effortlessly for a breathtaking opener that will set the scene for the rest of the show to come.

This is the version of the Grail that Peter Nardi has been performing for over 2 years (this version totally blew David Blaine away when Peter performed it for him).

Imagine handing your spectator a small black envelope which they are instructed to place in their pocket. A packet of cards are introduced and your spectator is asked to name a number between 1-52. Whichever number they name (no force) is the number we go with. The cards are removed from the deck and handed to the Spectator to examine. Once your spectator is happy the deck is normal they count through the cards to their chosen number. The card exactly at their number (not the card before or after) is seen to be lets say the 3 of clubs. Your spectator removes the envelope from his pocket and removes the odd backed card inside, it's the perfect match.

1. Only one envelope
2. Only One Card in the Envelope
Magician never touches the Card or envelope once removed from the spectators pocket
3. Only one deck used
4. Deck is examined
5. No switching of card or envelope.
6. No Palming, adding or taking anything away
7. Easy to Perform and carry on using the deck for the rest of your set after the effect.

If you perform a cabaret or stage act this opener is for you. A great impossible effect to kick off your show and gets you a randomly selected volunteer up on stage to help with your next effect!

Peter Nardi's Two Person Any Card At Any Number?

This is the ideal version to perform for a competition piece, parlour performance or when ever you have a table to perform on. Peter uses this as a sit-down routine when he has a couple to perform to.

Two decks of card are introduced, One red and one blue. One spectator selects a deck and chooses a card sight unseen. The second spectator names a number between 1-52 and deals down to that number in the other deck. Both cards match!

This is a real nailer and really plays big with a fantastic connection/coincidence premise!

Now you can perform the great card at any number with your spectators own deck!!!

The Grail Gold Edition comes with the above routines and even more additional ideas - the definitive work on Mike Rose's NOW CLASSIC effect! 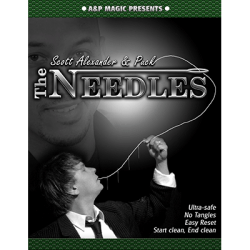 The Needles by Scott... 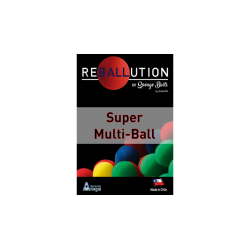 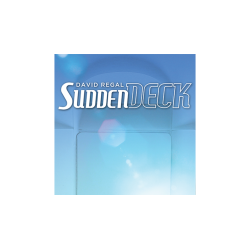 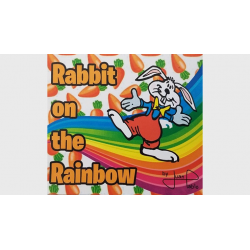 Rabbit On The Rainbow... 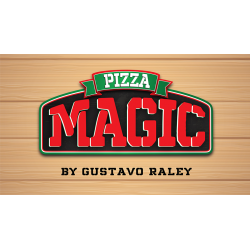 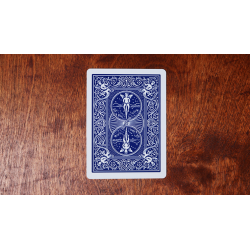 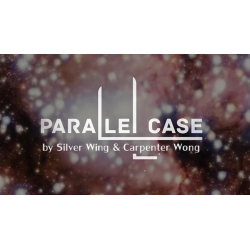 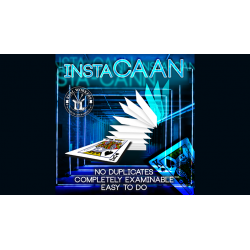